At the heart of the BattleTech: Clan Invasion Kickstarter is the Clan Invasion boxed set, an expansion to the bestselling BattleTech Beginner Box and A Game of Armored Combat boxed sets. Ready for a sneak peek?

One copy of the Clan Invasion box will be included for all backers at the $50 pledge level; additional copies can be purchased for $50 each as add-on items.

Here is what’s inside: 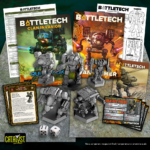 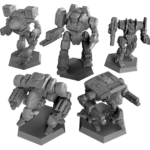 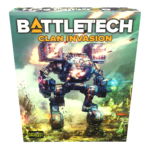