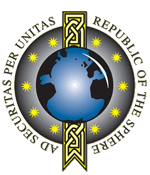 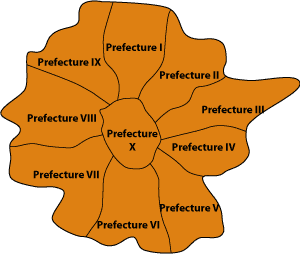 Born from the ashes of the Jihad, the Republic of the Sphere is a realm like no other. Noble Houses do not rule this nation with unquestioned authority, but share their voice with those of their subjects and their neighbors. Armies of BattleMechs do not stand ready on the borders, awaiting an excuse to invade or attack, but instead remain out of sight, valiant defenders called upon only when needed. Freedom and unity are more than mere buzzwords or rallying cries here, but are the guiding principles of billions of men, women, and children who have seen their fill of mankind’s folly.

Though there was widespread support for the establishment of a new nation in the ashes of the Word of Blake Protectorate, not everyone wished to give up planets to Stone’s control. Within weeks of its founding, the fledgling Republic was fighting against those who would deny it life. The dedication of the Republic Armed Forces—many of whom came from the very states now opposed to Stone’s dream—saw the new nation through the worst of the conflict and provided strong evidence that the ideals espoused by the Republic were worth dying to protect. With the defeat of first the former Free Worlds League states and then the Capellan Confederation the Republic won for itself a place amongst the great powers of the Inner Sphere. 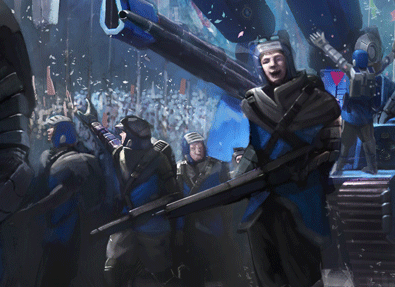 With the signing of the Treaty of Tikonov in mid-3085, the Republic has come through its initial birth pangs and sits poised to lead the Inner Sphere into a brilliant and peaceful future. Already the benefits of Devlin Stone’s programs have begun to have a positive effect on the Republic’s economy and the citizens of the new nation have embraced the path set out by Stone and his closest advisors. While it will undoubtedly be a struggle to change the ways of the Great Houses, ingrained as they have become after centuries of conflict, the Republic represents a new voice in interstellar society that brings with it the hope of future progress.

For the continuing story of the Republic, see Field Manual: 3085…

The Republic has only been around for a short while, but many interesting and unique individuals have helped make Stone’s dream a reality. Below are just a few of the movers and shakers who have had an influence on the Republic’s emerging character.

Little is known about the past of the man known to us as Devlin Stone. His birth name, his homeworld, his early history… all are part of the gap in his public record. But, some would argue, these things do not matter. Stone’s true history begins in March 3071 with his breakout from a Word of Blake reeducation camp on Kittery. With the aid of fellow prisoner David Lear, Stone began a campaign against the Blakists that would eventually see him in command of a multi-national coalition that defeated the Word and freed the victims of their oppression. The war’s end brought Stone a chance to build rather than destroy and the Republic of the Sphere was born to serve as an example to spread his ideals of peace and brotherhood across the Inner Sphere.

Devlin Stone is a strong and pragmatic man, willing to make unpopular choices in order to achieve the right goals. He has little patience for the petty concerns of the nobility or power-hungry people of all kinds and has tried to remake society to be more fair and just for all.

If Devlin Stone provides the charisma and the drive to see the Republic succeed, David Lear provides the know-how and the intelligence to work out the details of that success. Ever since engineering a mass escape from the RBMU 105 camp on Kittery, Stone and Lear have been a team, taking on both the defeat of the Word of Blake and the reformation of Inner Sphere society with equal fervor.

Born the son of the great MechWarrior Kai Allard-Liao, David has grown into a shy, bookish man whose organizational skills and historical knowledge form the basis of the Republic’s new order. Most observers have trouble determining where the separation is between Lear and Exarch Stone, as both men seem to operate almost as if they shared one mind.

David is not alone among his family in serving the Republic; his father was appointed Lord Governor of Prefecture V during the recent fighting with the Capellans and his younger sister, Melissa Allard-Liao, serves on Terra as a senator from the planet Liao.

With the end of the Jihad, Victor Steiner-Davion found himself at a crossroads. He had once held the thrones of two nations but gave them up after a devastating civil war. He was Precentor Martial of ComStar, but that organization’s armed forces were in a shambles and public sentiment was against their rebuilding. Instead, Victor chose to follow Devlin Stone’s lead and he wholeheartedly embraced the developing ideals that would lead to the birth of the Republic. As one of Stone’s first Paladins, Victor would help to shape policy in those early years and help provide the leadership necessary to guide the Republic in its infancy. As the first commanding general of the Republic Armed Forces, he was instrumental in the initial conflicts against the former Free Worlds League states and the Capellan Confederation. Victor stepped down as commanding general following the successful completion of Operation VINDOLANDA—the liberation of Tikonov—at the Exarch’s request; Stone felt it best to separate the Paladins and Knights from the RAF hierarchy.

A native of the Federated Suns world of Fortymile, Belle Lee had gained a reputation as a troublemaker by the time she graduated from NAIS. Though her genius on the battlefield was recognized, her attitude off the field hindered her career advancement and she joined a mercenary unit after mustering out at the end of the FedCom Civil War. Captured by the Word of Blake and sentenced to the RBMU 105 camp on Kittery, Lee was one of the prisoners whose breakout was led by Devlin Stone and David Lear in 3071.

During the long war against the Word, Lee proved her skills time and time again. At the same time, her reputation as a difficult—to say the least—personality grew and occasionally led to problems with the Coalition commanders. After the war’s end she was instrumental in the creation of the Republic Armed Forces and directed the war against the Capellans from the field, with Stone’s Lament serving as her command unit. When Victor Steiner-Davion was asked by the Exarch to step down as commanding general, Lee was the logical choice and though she initially resisted being taken out of the field, it was through her skills and knowledge that the RAF was victorious.

In its short life so far the Republic of the Sphere has twice had to defend itself against neighbors who refused to acknowledge its right to exist. A few of the military units who helped safeguard the Republic are profiled below.

For more information on the Republic’s military, see:

Built from a melding of the Fourth Skye Rangers, the Sixth Com Guard Army, the Nova Cat Grenadiers and the Jade Falcons’ Third Eyrie Cluster, the Fourth fought during the Capellan conflict on Tikonov, Algol and Palos. It was on Algol that the unit developed a tactic that Brigadier General Craig Kimberlin—a veteran of the Sixth Com Guards—dubbed the “Mad Rush”. Though the Inner Sphere forces in the Fourth embraced this tactic of charging the enemy while wildly firing, the Clan troops have had a hard time accepting it as honorable. The successes of the Fourth against the Dynasty Guard and the Red Lancers during the war have put Kimberlin on the path towards higher command.

On Gan Singh, the First was one of the Principes regiments responsible for the complete destruction of the First McCarron’s Armored Cavalry. After cutting off the Nightriders from the rest of the MAC, Colonel Elaine Truong directed her troops to hold the line as the Second and Ninth Principes smashed into the rear of the doomed Capellan force. Since that action, the First has been rebuilding and recuperating in a garrison posting on Dieron. Given the presence of a sizable number of Nova Cats in their ranks, as well as veterans of the First Com Guard Army, the men and women of the First Principes have a significant jump on acclimating to the Combine-centric customs of their new baseworld.

Recruiters for the Triarii in Prefecture II were surprised when a number of Nova Cat lower castes on Shitara expressed an interest in enlisting. Negotiations with Cat leaders both in the Republic and in the Irece Prefecture resulted in a test program to give these potential recruits a chance to prove themselves. Though the program drew criticism from other Clan forces in the RAF, Paladin Karl Devalis—himself a former saKhan of Clan Nova Cat—worked closely with the Recruitment Command to ease the transition for the significant percentage of applicants who performed well in their trials and were accepted into the Second Triarii. In a recent interview with INN, his aide Lieutenant Amanda Wilton expressed the Paladin’s belief that many more non-warrior Clanners throughout the Republic would soon follow in the footsteps of his Nova Cat brethren.