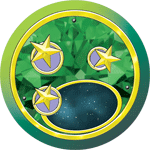 Under Star League rule, the Magistracy of Canopus, though technically an occupied state, fared better than most of its contemporary Periphery realms. Generous aid from the League helped restore the pleasure industry ravaged by the Reunification War, and the nation benefited from an age of peace and prosperity. By the time of the Amaris Crisis, these fortunes had reversed, and the Magistracy declared its independence and immediately switched to defensive mode, hoping to survive the difficult times ahead from a posture of armed neutrality. Unfortunately, such neutrality would not be enough to weather the three-hundred-year storm that was the Succession Wars.

The Canopians turned to diplomacy in the 3030s, making an alliance with the Duchy of Andurien to invade the struggling Capellan Confederation. Though unsuccessful, this effort prompted the rise of Emma Centrella and ultimately led to a new era of growing prosperity for the Magistracy. In a strange twist, a new alliance brought the Canopians and Capellans (and, for a few brief years, the Taurians) together in the years after the Clan invasion and even saw the marriage of the Capellan Chancellor and the Magestrix’s daughter. 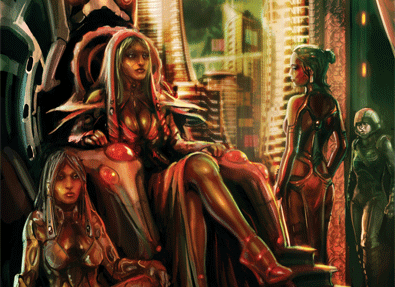 The Magistracy has survived occupation by the Word of Blake and the death of Emma Centrella but is marching forward into the future with its Capellan alliance stronger than ever. Speculation whether this will result in a complete merger of the two nations is perhaps jumping the gun a bit, but together they have proven their collective fortitude in the face of adversity.

For the continuing story of the Magistracy of Canopus, see Jihad: Final Reckoning…

During the long history of House Centrella many interesting and unique individuals have made the Magistracy of Canopus what it is today. Below are just a few of the movers and shakers who have had an influence on the Magistracy’s character.

Naomi Centrella never expected to succeed her mother as Magestrix but the death of her older sister Danai in the Clan Homeworlds changed that. Gifted with her mother’s charm and diplomatic instincts, Naomi handled herself with a poise and grace unusual in one of her years and was soon accepted as a worthy successor.

While acting as the commander of Magistracy forces on loan to the Capellans she became acquainted with Sun-Tzu Liao and in time developed a relationship with the Chancellor. Their marriage during the Jihad and the death of Magestrix Emma has pulled the two realms closer, though Naomi has not abandoned her people to become part of the Confederation. She also has not shown herself to be afraid of incurring her husband’s wrath when she feels that she can better her realm and its allies. The birth of two children from the union—daughter Ilsa and son Daoshen—has ensured the continuity of both dynasties and assuaged fears that the Magistracy would become a Capellan puppet.

Emma Centrella was the only child of Magestrix Kyalla Centrella. As a young woman Emma joined the Magistracy Armed Forces as a MechWarrior, where she earned a reputation as a canny warrior and a charismatic leader. Her mother’s increasing instability following the failed invasion of the Capellan Confederation in the 3030s forced Emma to take power. She spent the next decade rebuilding the Canopian economy and trying to keep her small realm alive.

Her agreement with Sun-Tzu Liao and the Capellan Confederation would almost certainly be her epitaph to her nation, and it was a note well-earned. The alliance with Liao was costly but beneficial, netting the Magistracy much of the advanced technology proliferating throughout the Inner Sphere even as her regiments gained significant experience in modern warfare and her treasury filled.

Emma died during the Blakist occupation of Canopus IV, a casualty of the firebombing of the capital city in 3071.

Though discreet and respectful to friends and foes alike, Kyalla Centrella was a modern-day libertine whose love of sensual pleasure was held in check only by her desire to improve her subjects’ lives. After assuming the throne upon her mother Tamara’s death, she advanced an aggressive series of far-reaching social programs to revitalize the Canopian economy.

Her judgment in foreign affairs was not so strong, however, and Kyalla led her nation into a disastrous alliance with Andurien. Increasing friction with her popular daughter Emma culminated in open conflict between the two and Kyalla losing her throne. She spent the last years of her life locked away in the palace dungeons.

Honey-skinned and fine-boned with lustrous black hair, Crystalla Centrella was the image of a catwalk model (or the star of one of the Magistracy’s less wholesome multimedia exports) but those who judged her by her looks found themselves quickly used up and disposed of. Crystalla acknowledged she possessed neither the intellect of some of the House Lords, nor the martial skill of others, but she did know and understand people and could use that to deadly advantage.

That skill served her well after the Magistracy’s defeat in the Reunification War and the subsequent occupation. Canopus never suffered under Star League control to the extent the other Periphery nations did and when native control was restored, Crystalla was offered her old position again. Believing herself too old, she allowed her daughter Rinalla to take the throne instead.

The strength of a nation can be measured in the quality of its military and the men and women of the Magistracy Armed Forces are one of House Centrella’s most important assets. Below are just a few of the iconic units that have defended the Magistracy from its enemies for centuries.

For more information on the Canopian military, see:

Originally named the Magistracy Guards, the Iron Hand served for centuries as the protectors of the palace of the Magestrix herself. The unit was founded during the initial Star League invasion in the late twenty-sixth century and fought hard against the invaders. Disbanded during the years of the Magistracy’s membership in the League, the Guards were rebuilt when Magestrix Janina Centrella declared her nation independent.

The Iron Hand did not fare well during the Jihad and was destroyed as a fighting force defending Canopus IV against the Blakist invaders. Many of the survivors will be used to rebuild the damaged First Cuirassiers.

Formed during the Reunification War as the second regiment in the Magistracy Royal Guards, the First Cuirassiers have spent most of their existence fighting against pirates and raids by other states on Magistracy border worlds. By the time of the Jihad, they were the only Canopian unit to field any Clan technology, which made this task rather easy.

Of all the units in the Magistracy, none was hit harder during the Jihad than the Royal Guard. A battalion of the First Canopian Cuirassiers, stationed on Canopus itself, was hunted down by the Forty-first Shadow Division. The rest of the First got chewed up on Fanardir, though about half of the remaining forces managed to survive the occupation. While the First has the core warriors of Raventhir’s Iron Hand to build around, if it is rebuilt at all it will have to be from the ground up. The unit will be a priority to receive new material from Detroit and Dunianshire.

The Second Cuirassiers was formed just a few decades ago, as a result of the Magistracy’s alliance with the Duchy of Andurien. Under the command of future Magestrix Emma Centrella, the Second spearheaded the invasion of the Capellan Confederation in 3031. That this unit garrisoned Capellan worlds as part of the Magistracy’s new alliance with the Confederation three decades later was taken as evidence of Emma Centrella’s strong belief in the partnership and did much to smooth over any remaining hard feelings.

The Jihad broke out while the Second was still on duty in the Confederation and they fought alongside their allies against the Word of Blake. In gratitude, the Capellans have fully rebuilt the damage suffered by the Cuirassiers and the unit, now returned to Canopian space, is central to the effort to root out the last of the Blakists from the Magistracy.

To support its policies and goals, the Magistracy of Canopus relies on a network of corporations to manufacture everything from consumer goods to computer equipment to military hardware. Below are just a few of the industrial leaders that create the infrastructure of Canopian society.

The Trinity Alliance relied on all parties benefiting from the treaty so that war materiel could be provided to all nations involved. Geographically the Magistracy would be an ideal spot for manufacturing, but the New Colony was a better political choice as it was not officially part of any one nation. With the most advanced industrial base, Detroit was awarded the new ’Mech facility. The Confederation, Magistracy and Concordat provided the money, materials, and workers to construct the facility. Once complete, the facility began producing ’Mechs for all three realms.

The quality of goods manufactured at Detroit has been the highest in the three realms, despite attempts of other firms to discredit what they consider to be an upstart. This level of quality has led to many new designs being sent to Detroit, expanding the facility to over a half dozen different lines, including newly designed vehicles such as the Tamarlane Strike Sled and Danai Artillery Support Vehicle.

For over a century, Majesty Metals and Manufacturing was the only producer of weaponry outside of personal arms in the Magistracy. One of the oldest firms in the realm, it was formed in 2550 to take advantage of Canopus’ impressive ore deposits. As the Succession Wars progressed, Majesty was the only weapons manufacturer to survive to the 31st century. As the backbone of the defense industry, Majesty did well but had to pour much of that money back into their facilities, which were running as much as possible while suffering from deferred maintenance due to the general lack of technical knowledge in the realm. Majesty settled on producing primarily light ’Mechs, a fact that was reflected in the make up of the MAF.

A conglomerate with facilities on over half a dozen worlds, Mindstar is a commercial giant that is able to exert political pressure both domestically and internationally. The company has a diverse array of products, from music to deodorant to toasters to portable communications. They are very aggressive when entering a new field, often pushing the boundaries of legal consumerism. While Mindstar doesn’t produce weapons, they aren’t completely separate from the armed forces. The MSC has more than one contract to supply personal supplies for MAF personnel, but Mindstar also provides the uniforms and jumpsuits. Additionally the enormous amount of taxes that Mindstar pays from all their business supports the Magistracy budget.