While most of the peoples and social groups in the Inner Sphere are culturally descended from ancient forebears that originated on Terra and brought their cultures with them (along with attendant ideologies, passions, bigotry and more) during the colonization of space over the past thousand years, the Clans are culturally unique. Made up of descendants from the original Star League Defense Force, the warriors of the Clans excel in battle and all things military.

The Clans came into being when the Star League Defense Force fled the Inner sphere almost 300 years ago, following the fall of the Star League. Under the direction of General Aleksandr Kerensky and his son Nicholas, the army left and formed its own society on what we now call the Clan homeworlds, located approximately one thousand light-years from the edge of the Inner Sphere. Clan society resembles that of ancient Sparta, focusing on the warrior ethic and dedicated to advancing the technology of war, specifically the BattleMech.

Each of the different Clans has its own flavor—all bound to honor, some more, some less. In general, the Clans divide into two camps: the Crusaders, who believe it their destiny to conquer the Inner Sphere and Terra, and the Wardens, who believe their role is to protect the Inner Sphere against an as yet unrealized threat. While most of the Clans are secular, a few are given to mysticism. The common spoken tongue among the Clans is based on Star League English, but they have enhanced it with a rich collection of unique words. Clansmen also rarely use contractions, considering such shortened speech vulgar and lazy.

The most powerful Crusader Clans returned to the Inner Sphere in the year 3050, in hopes of conquering it and reestablishing the Star League. The combined armies of the Great Houses stopped them, and they have since gradually become permanent inhabitants of many Inner Sphere worlds. Other Clans, not wanting to be kept from the planets they see as paradise, have contrived to return to the Inner Sphere as well.

Though these Inner Sphere Clans strive to retain their unique ways, various elements of Clan life have begun to erode through continued contact with the Inner Sphere.

Born just a couple of years before the Amaris Coup, Nicholas Kerensky grew up on occupied Terra, where he had to hide his identity as the son of the Star League’s great General. Accompanying his father on the Exodus, Nicholas was groomed to succeed Aleksandr but events conspired to prevent this. When the Exodus communities descended into chaos, Nicholas led those loyal to his late father’s dream on a Second Exodus and spent two decades preparing to reclaim the worlds they had been forced to abandon. His creation of the Clans was his way of erasing all ties to corrupting influences that had destroyed the Star League and its exiled remnants.

Kerensky’s enshrinement of brutality and conflict as a means of social winnowing turned the disheartened SLDF loyalists into a harsh and pragmatic people. Though he promised that they would one day return to the Inner Sphere to reclaim its worlds in the name of the League, Nicholas would not live to see it. His accidental death during a trial between Clan Widowmaker and his own Clan Wolf led to the total destruction of the former and freed the Clans to develop in ways he likely never imagined.

Click on the Clans in the map below to jump to a faction page. 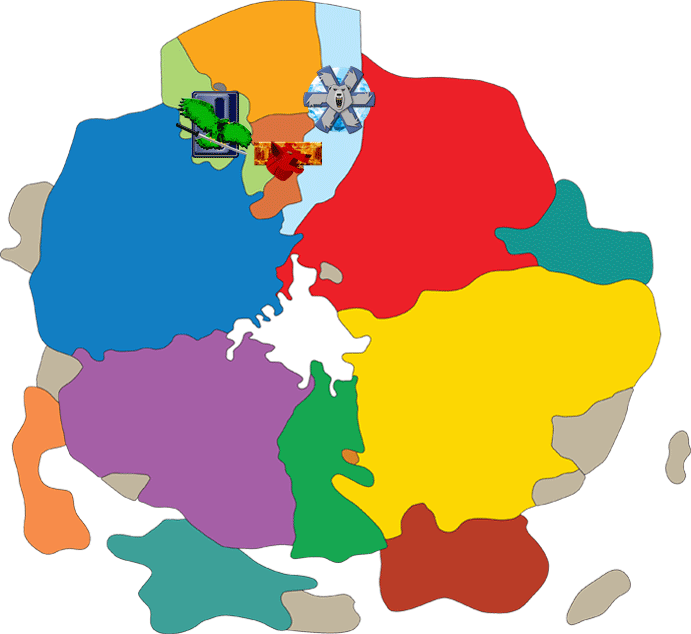 In the pages that follow, you can read about the various Clans who have settled in the Inner Sphere, their trials and tribulations, the movers and shakers who drive them to glory or tragedy, the fabled commands who provide the backdrop against which so many stories are told. Each page contains profiles of important personalities and military commands, as well as suggested readings to give you a feel for the flavor and history of that faction.

In addition, three centuries of divergent development have given the Clans a number of specialized vocabulary to describe the details of their society. To help understand their language, a glossary of Clan terminology has been provided.