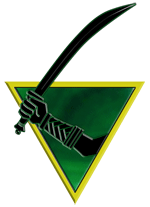 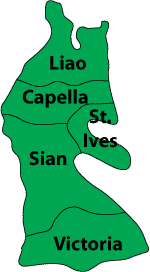 Originally settled by people from Terra’s Asian nations, one can see the roots of Chinese and Russian culture in people of House Liao’s Capellan Confederation. The smallest of the five Great Houses after centuries of unrelenting warfare, House Liao has come to embrace the harsh reality of police state politics and ruthless control to ensure their nation’s survival against its enemies. The Maskirovka, the Capellan secret police, keeps a cold and calculating eye on the Confederation’s people, who must earn their rights to be citizens, rather than expect such privileges from birth.

Nearly shattered by House Davion in the Fourth Succession War, the Confederation teetered on the edge of extinction until its latest Chancellor, Sun-Tzu Liao, rose to form the Trinity Alliance with the Magistracy of Canopus and the Taurian Concordat and reclaim much of what his realm lost in the Fourth Succession War. After bringing the renegade St. Ives Compact back into the fold during his wildly successful Xin Sheng political movement, Sun-Tzu’s reign promised the Confederation a return to its former glory—until the Word of Blake Jihad erupted and soon engulfed his state in a new Sphere-spanning war. 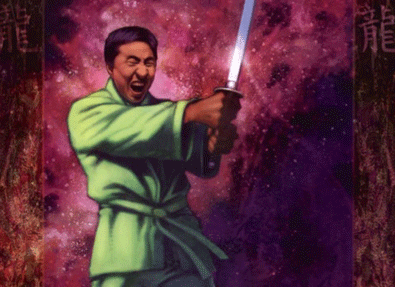 Although the Confederation effectively stands alone against the Blakist menace, with only its allies in the Magistracy of Canopus for support, House Liao has maintained its determination to survive the worst that war can throw at it. For the people of this realm, the needs of the state will always take precedence over those of its individuals. This fact is as evident in the seemingly fanatical nature of the Capellan soldiery as it is in the open market communism that dominates the nation’s economy.

For the continuing story of the Capellan Confederation, see Jihad: Final Reckoning…

During the long history of House Liao many interesting and unique individuals have made the Capellan Confederation what it is today. Below are just a few of the movers and shakers who have had an influence on the Confederation’s character.

Ascending to the throne after the assassination of his mother Romano, Sun-Tzu Liao inherited a Confederation with a lot to prove. The Clan Invasion was far away from his nation and the young Chancellor used the distraction of his enemies to make long-term plans to rebuild his realm. His Xin Sheng (“Rebirth”) movement succeeded in recovering much of the territory lost during the Fourth Succession War, including the breakaway St. Ives Compact ruled over by a branch of the Liao family. Despite his election as the first First Lord of the Second Star League, Sun-Tzu had little use for the alliance beyond his own goals and his withdrawal from the League in 3067 was one of the sparks that set off the Word of Blake’s Jihad.

Romano was the second daughter of Maximilian Liao and only inherited the throne when her older sister Candace defected during the Fourth Succession War and formed the breakaway St. Ives Compact. With her nation crushed and her father descending into madness, Romano seized the reins of power and defended the Confederation against an opportunistic invasion by the Magistracy of Canopus and the Duchy of Andurien. Her ever-increasing paranoia led to brutal purges of the government and the citizenry and many Capellans breathed a sigh of relief when their Chancellor fell to an assassin’s attack.

Maximilian “Diablo” Liao’s reign began with a triumphant coup against his own father and ended with his nation in tatters and his mind slipping away. In between, Max lived up to his reputation as a consummate schemer, engineering a civil war in the Free Worlds League and nearly succeeding in placing an imposter on the throne of the Federated Suns. His inability to prevent the loss of almost half of the Confederation at the hands of Hanse Davion’s invasion during the Fourth Succession War drove him to madness and he reigned as little more than a figurehead for the last six years of his life.

A rare dove in a long line of hawks, Ursula Liao brought her nation into the newborn Star League and quickly used her political skills to gain many benefits for the Confederation. Though she lent troops to the Star League Defense Force, she resisted pressure to fight the Periphery States during the Reunification War. Her dedication to enhancing the lives of all Capellan citizens bore fruit in the educational and infrastructure improvements she sponsored throughout the realm and Ursula is today remembered as one of the most important Chancellors in the Confederation’s history.

The strength of a nation can be measured in the quality of its military and the men and women of the Capellan Confederation Armed Forces are one of House Liao’s most important assets. Below are just a few of the iconic units that have defended the Confederation from its enemies for centuries.

For more information on the Capellan military, see:

The Capellan Hussars have long claimed the mantle of guardians of the Capellan State, and all four regiments have performed exemplary service during the long years of the Blakist onslaught. Still at the top of the Capellan procurement chain, they have remained steadfast bulwarks against which the enemies of the Confederation have broken. The Red Lancers, longtime guardians of the Capellan throneworld of Sian, fought bravely and tenaciously in the defense of the capital during repeated attacks and then went on to help the Capellans’ allies in the Magistracy when Naomi Centrella returned to Canopus.

McCarron’s Armored Cavalry, a former mercenary unit with long ties to the Confederation and now a regular part of the CCAF, is one of the most deadly formations in the Capellan arsenal. From their baseworld of Menke, the five regiments of the Big MAC range throughout the Confederation and beyond.

The Wild Ones are the anvil against which the enemies of the Confederation break. While the other regiments of the Big MAC may be flashier, more maneuverable, or have more skilled warriors, few units can match the sheer dogged determination of the regiment sometimes called “McCarron’s Thugs,” as the defenders of Bacum and New Syrtis found out.

The Warrior Houses occupy a unique and elite niche in the Capellan military, answering only to the Grand Master of the Blessed Discipline of Warrior Houses or to the person of the Chancellor.

The first of the Warrior Houses, House Imarra has held the primary garrison responsibility for the Chancellorís throneworld of Sian for the past fifty years. Despite their lack of combat experience, they remain a feared force.

To support its policies and goals, the Capellan Confederation relies on a network of corporations to manufacture everything from consumer goods to computer equipment to military hardware. Below are just a few of the industrial leaders that create the infrastructure of Capellan society.

Ceres Metals enjoys a reputation throughout the Inner Sphere as one of the preeminent conglomerates to survive the Succession Wars. Founded more than six hundred years ago, CM is a largely diversified entity with holdings in almost every segment of the market, from the mammoth BattleMechs of the main division to the Crowdbusters of the personal arms division and even the personal vehicles of Ceres Motors. Although based on Capella since its inception, CM has spread through most of the rimward Inner Sphere and (rumor has it) the nearer Periphery.

At the height of its prosperity, Hellespont was second only to the mighty Earthwerks as a supplier of military equipment to the Capellan Armed Forces, but the Succession Wars were not kind to the manufacturer or their facilities. Forced by circumstance to consolidate their many scattered holdings into the large facility on Sian, by the end of the Third Succession War they had become the largest supplier of conventional combat vehicles in the Confederation. That would quickly change, however, when the recovery of the Helm Memory Core brought Star League technical knowledge to the table, and the long-maligned Raven BattleMech to success.

During the Succession Wars the orbital shipyards of Rashpur-Owens were considered a shining symbol of yin and yang in the night skies of Capella. On the positive side, the yards were (for a long time) the only functioning naval construction facility in the Confederation and a symbol of Capellan pride and determination. On the negative, the yards were so old, decrepit, and prone to malfunction that the paltry handful of vessels they constructed per year cost so much more than purchasing foreign-built hulls that citizens in the know called the yards the “Citizen’s Crutch” because so much was spent to keep them functional.